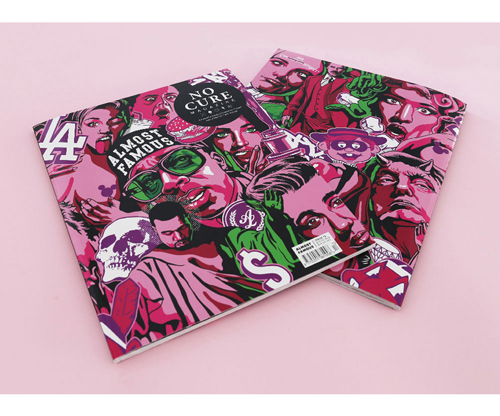 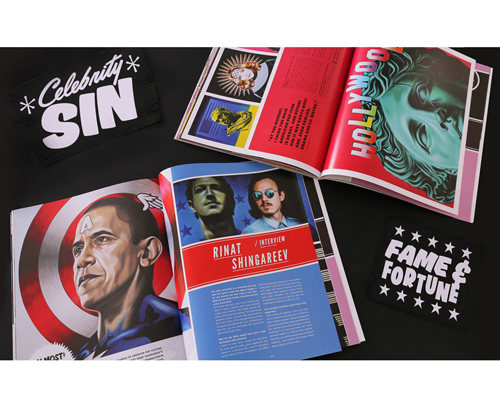 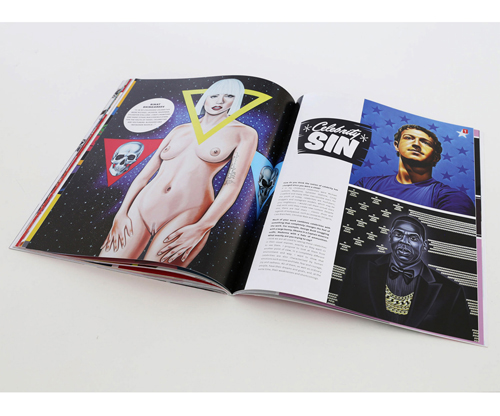 ON THE REST OF THE WORLD, RUSSIAN-BORN ARTIST RINAT SHINGAREEV’S DISTINCTIVE ART ALLOWS US TO OBSERVE FAMOUS ICONS AND PERSONALITIES IN A WHOLE NEW LIGHT. READ ON AS RINAT DISCUSSES THE POWER OF CELEBRITY, AND WHY OUR WORSHIP OF IT MAY NOT NECESSARILY BE A BAD THING...

To become the best artist of our time you just need to have a special talent and constantly create new artworks that would become the object of worship and imitation. Your style should gradually evolve and your risky experiments to turn into a trend. If the next generation will also recognise and appreciate your contribution to the arts, you can confidently call yourself the best artist of your time.

Why do you think people have such a huge fascination with celebrity?

I think in most cases, people are fascinated by some special talent, great appearance and beauty or a luxurious life... And it's absolutely normal! Most of them, for example, can't afford this kind of lifestyle, and passion for any celebrity allows them to dip a bit into their world. Also, don't forget that famous characters and their ideal images inspire people to achieve certain goals. Many champions and representatives of showbusiness also once said that they were inspired by their idols. And I think it's cool!

Is our worship of celebrity a good thing or bad thing? Why?

I think worship of celebrities is not a bad thing until it not becomes self-destructive or harmful to others. Besides, nowadays, idols are changing very quickly and people often change their preferences. Also, worship can be a kind of stimulus to achieve something or to encourage people who needs someone's support. So, I think it's rather a positive thing. Also, I can add that people always worshipped celebrities – just remember Elvis Presley, Marilyn Monroe, Sophia Loren and others.

How do you think the notion of celebrity has changed since you were a child?

If in my childhood celebrities were Michael Jackson, Madonna, Sylvester Stallone, Cindy Crawford and many other inaccessible stars, for the youth of today, celebrities are YouTubers, bloggers and Instagram models, which may be your neighbours. I would call them virtual stars that exist until they create new content. Despite this, there are real stars – classic divas and legends of Hollywood, such as Leonardo DiCaprio, Cate Blanchett, Christian Bale and others.

Much of your work combines celebrities with something that completely changes the feel of the work. For example, George Bush snuggling with a large bunny, Obama in a Captain America outfit, Madonna with a halo of ammunition. What exactly are you trying to say?

I think we are all used to seeing these celebrities in their usual manner, exactly as they want us to see them. I propose to look at them from another point of view, in a completely different environment and way. I want to show that celebrities are also characterised by human emotions such as love and hate, fear and courage, joy and sadness. All of them, as well as ordinary people, have their dreams and goals, and, at the same time, their weaknesses and shortcomings.

What is it about American pop culture that intrigues you?

At the moment, who do you think is the ultimate icon of American pop culture?

At the moment, I think the main American pop icon is Drake. And before him it was Kanye West and, even earlier, Obama and Lil Wayne. Drake is incredibly popular, not only in United States but in all parts of the world. He repeatedly released successful albums and almost never leaves the Billboard charts. But I think his position is not so strong because Trump may be a new ultimate American pop icon with his victory as US President.

Who are you own personal heroes?

Without a doubt, my mother! She is a strong and brave woman. She has done a lot for me and I will always be grateful to her for it. As for famous heroes, I would say Sergey Brin (co-founder of Google).